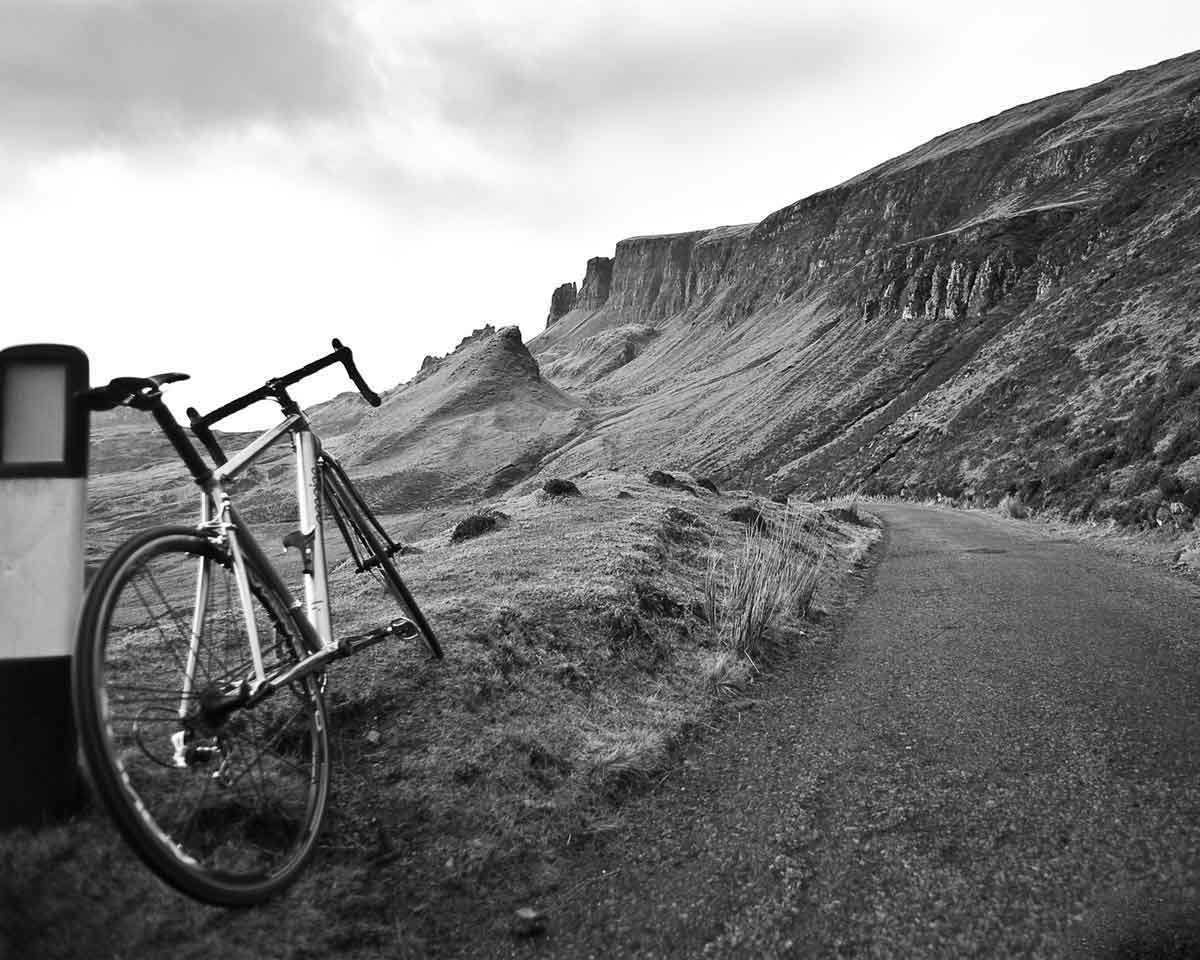 As a cyclist who has cycled around the world, I have had very many ‘hard’ days. I remember cycling a mountain in China, not knowing how long or how far it stretched. Half way up after 27 km’s I camped in a field, to find the snow covered my tent in the morning and I still had to ‘finish’ this mountain. That was a hard day. Then climbing and descending the great Tourmalet in the pyrenees, the wind and rain lashing down as if Noah’s rains had come. That was a hard day. But they were easy compared to this 2016 edition of the Elfstedentocht!

It all began with the 10 km ride to Kardinge at 4:30 a.m., too soon to be on the bike. I’d packed food, spare gloves, waterproof jacket and towels into my small rucksack, but stupidly, no spare clothes. I assumed it couldn’t rain all day. The organisation in Kardinge was fitting for this great club and we all made our way to Leeuwarden, where once the bikes were assembled we lined up to start the tour. I chose to begin with the light group, but it quickly became apparent all my indoor riding has improved my fitness and I was soon becoming too cold and needed to work harder. I decided to try and catch the medium group up and rode with other groups to try and bridge the gap, but invariably I’d end up riding alone. It was at the hot chocolate and pancake stop that I finally joined them, fantastic work from Fred and his team for feeding us and I left with them in high spirits. The cold was seeping through though and the harsh wind made my breathing difficult, even sitting in the draft. It was too much, Wilma was ‘on fire’ and leading out the group at a pace too fast for me to last, so I dropped back after a time and rode alone again. At the half way point I asked Arno for my bag, so I could change out of my soaking gloves, but the bag was in a different vehicle. I was upset at the news because already feeling had gone from my fingers and I considered abandoning the ride. But Arno wouldn’t hear of it. He fetched me his spare gloves and I was able to ride on!

I would see and pass the medium group again, as I had stupidly forgotten my wallet and so could not partake of buying coffee or a hot meal and therefore simply ‘rode on’ after the stamping of my card. By the time I reached the stop before the ferocious windy section to Dokkum, I was pretty exhausted from fighting in the wind. Then Arno informed me I was in second place behind Jaap and I had just one aim – could I finish before the medium group caught me? I tried, but when trying to put my left glove back on in Dokkum I could not get my fingers inside, the lining had become turned with the water, so I rolled my hand into a fist as best I could to try hold the bike upright. I was cycling fast to Leeuwarden, but not fast enough to hold off our group. Getting caught I thought I could stay with them, but at every turn I could not use the left brake and was overshooting the turns – I even rode off into a field trying to take a corner too fast. It was a disaster and very demoralising after working so hard and being so close to the finish. So I rode in alone, having learned that the other groups were already home after the timing stations were closed due to the harshest of conditions I’ve ever ridden in. I felt deep regret that some members were not able to complete the course because of all the hard work they had put in, but given the conditions I understood why the event was closed early. So I was the last Trapster to finish, but maybe just as happy as the first!

What an event and what a memory, I cannot believe that I will ever ride anything this hard again and so I think I have learned so much. In particular, always take a change of clothing with you! In finishing, I’d like to thank ALL those who made this possible for me, I’ve come a long way from when I first joined the club and your kindness and support has been overwhelming. Special thanks to Jan for seeing me safely back home in Hoogkerk. Till next year…

Edit: my fingertips (particularly the left hand) have not yet returned with feeling, I hope this is just temporary?